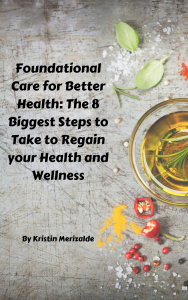 How a Copper Imbalance relates to Bipolar Disorder

“Copper is stimulating to the brain, causing it to produce high levels of the activating neurotransmitters, like serotonin, norepinephrine, epinephrine and dopamine. This is why you will see copper toxicity in manic states like paranoid schizophrenia and bi-polar disorder. The so-called copper head tends to be very emotional, very intense, often very creative. Such individuals are prone to crash and burn because their overactive mind is being supported by a very fatigued body.”- Metals and the Mind

It may sound extremely far-fetched to many people that illnesses like bipolar, autism, ADHD, and schizophrenia could be related to an imbalance of minerals.  Doctors will tell you that people have chemical imbalances and that they need drugs- boom, end of story.  So are we really supposed to just take their word for it? In 2011, 3.1 million Americans were prescribed antipsychotics for bipolar disorder, schizophrenia, and major depression. (This made the pharmaceutical industry about $18 Billion, if you are wondering- check it out here in an article from the NY Times.)

So are 3 million people suffering from real chemical imbalances or is the pharmaceutical industry just trying to make us believe that? I’m going to go with the latter. A profit of $18 Billion is nothing to sneeze at, just from one branch of drugs.

We know from my previous posts that copper dysregulation is extremely common nowadays. With the use of birth control pills, vegan or vegetarian diets, the Standard American diet, chronic stress, and copper water pipes, it is very easy to create an imbalance. A copper imbalance can also be passed along from mother to child. Now, we also know that it is extremely common to be both copper toxic and copper deficient.  It is the excess, unbound copper that creates an imbalance in our mental status.

You cannot help but realize that the symptoms of bipolar are all symptoms of excess, unbound copper. Bipolar is know for the fluctuations of moods- and so is copper dysregulation.  Depending on stress, diet, adrenal and liver health, someone that is going through a “copper dump” could easily switch between moods and states of well-being. A copper dump is when stored copper (it tends to accumulate in the liver, brain, and joints the most) gets pushed out into the bloodstream and causes many uncomfortable symptoms as it is excreted.  Ideally, we want to be supporting our bodies to help make copper bioavailable so we don’t create a further copper imbalance but for those with excess, stored copper, copper dumping is inevitable.

Instead of trying to paraphrase from other sites, I want to share some great portions from articles I have read that explain it great. Here is another excerpt from Metals and the Mind on the WAPF website:

“Copper increases the electrical potential of the neuron, probably because of the enhanced movement of sodium. This leads to over-production of the activating neurotransmitters—dopamine, norepinephrine, epinephrine, serotonin—leading to anxiety, racing mind and insomnia. Researchers Pfeiffer and Goldstein demonstrated that brain waves exhibit an equivalent central nervous stimulation from either 5 mg of copper or 5 mg of Dexedrine—so copper is equally as stimulating as Dexedrine to the mind. As we know, amphetamines can eventually make you psychotic if you keep using them.

The body will begin storing the excess copper in the brain as the liver becomes overloaded. Copper stimulates the diencephalon, which is the emotional brain. Zinc stimulates the cortex, the new brain, the rational mind, and is calming to the emotions. Thus, copper-toxic people often keep themselves in a state of high drama, and their symptoms can even mimic bi-polar syndrome. Carl Pfeiffer, PhD, MD, has found that one-half to two-thirds of schizophrenics have high levels of copper and low levels of zinc and magnesium, especially during acute phases. Copper has an adverse effect on methylation, a metabolic pathway that is essential for detoxification and for controlling free-radical activity. Poor methylation can be an important factor in cases of autism and schizophrenia.”

So, again, it may seem very unlikely to people that minerals have anything to do with mental health, but the truth is that they are very intricately connected. Minerals and other nutrients are needed for the neurotransmitter health.  Copper dysregulation especially plays a huge part- both because excess, unbound copper negatively effects us just as much as low bioavailable copper does.  It may take time and proof for many people to believe that illnesses like bipolar are 100% reversible. But in order to heal ourselves, we also have to believe it. We have power over our thoughts and actions, just like minerals do.

Please, read the Metals and the Mind article that I posted above- read it as many times as it takes to understand and remember.  That article has helped me so much in the last 2 years in understanding the effects of toxic metals and our health.  Here is my post on Copper Dysregulation to learn how to test and treat it. The best place to start is an HTMA and a blood panel for copper, zinc and ceruloplasmin.

I hope that this post can help people understand copper and bipolar a little better. There is so much information out there on this topic, but not many people talk about it!

Weaning away from Psychiatric Drugs

Medical Disclaimer– I am not a doctor so if you are suffering from an illness, I would advise you to seek out a licensed health professional before embarking on any suggestions I make. The suggestions on this website are just for informational purposes only and by choosing any of the natural remedies discussed here, you will be taking responsibility for your own health and wellness.

The statements contained in this website/blog have not been evaluated by the Food and Drug Administration. Any products, foods, or remedies mentioned in this website or blog are not intended to diagnose, treat, cure, or prevent any disease.

Welcome to Sassy Holistics! I've been on the path to help people achieve better health using whole food nutrition, mineral balancing, and holistic healing principles for almost 7 years now. The body is a whole and we must treat it as such! I have my Bachelor of Science in Natural Health Sciences, certificates in Herbal Studies from Herbal Academy, and I am constantly learning more about health to help my clients and followers. My goal is to help you unleash your own inner healer! You already hold the power to heal inside you. My role is as a guide to help you realize this potential.

12 Ways that Aloe Vera Can Change your Life!

Why are we all so SICK?!

This page may contain affiliate links that I might earn a small commission from, with no extra cost to you. This helps to keep this site running. Thanks for your support!